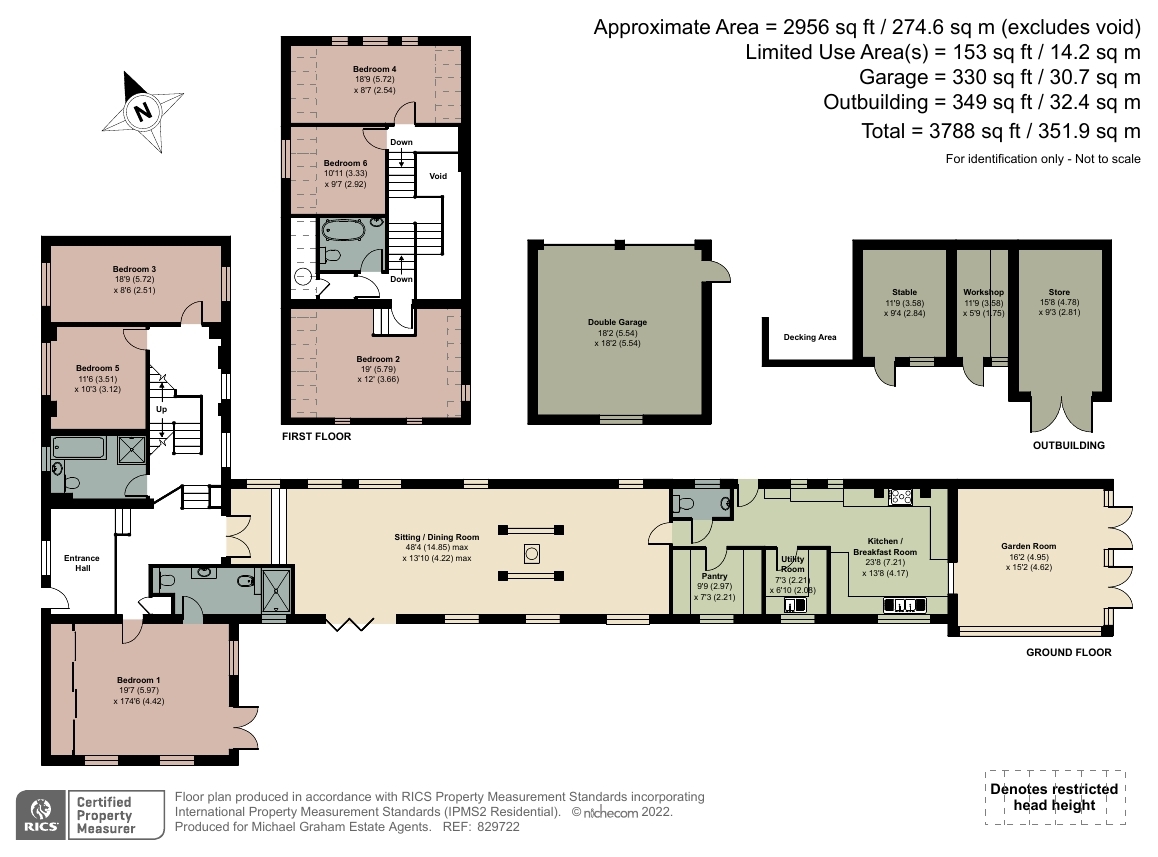 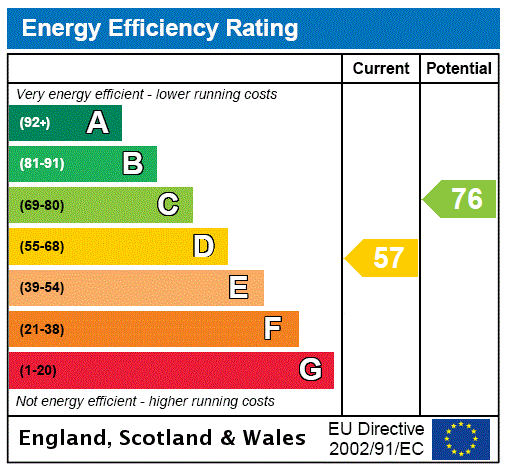 A six bedroom detached barn conversion with a detached double garage, stabling and approximately 4.32 acres of gardens and paddocks with panoramic views over the Vale of Aylesbury.

The property has over 3,100 sq. ft. of versatile accommodation set over two floors. There are currently six bedrooms and two reception rooms but some of the bedrooms could be used as additional reception rooms if preferred. The principal bedroom has an en suite shower room and there are also two bathrooms, and a cloakroom. In addition to the bespoke kitchen/breakfast room there is also a separate utility room and a walk-in pantry which provide additional storage and space for appliances. The property is set well back from the road on a plot of approximately 4.32 acres of garden and paddock. There is extensive parking in addition to a detached double garage, as well as a stable block with two stables and a tack room which are currently used for storage.

About the House cont'd

The property is private and is not directly overlooked. The rear garden faces almost due south and has far reaching views over the Vale of Aylesbury. It is a peaceful, rural position and yet the property is only just over a mile from Oving which has a pub/restaurant, and is within 2 miles of amenities in Whitchurch which include a general store. For a wider range of amenities, it is only 17 minutes’ drive from Aylesbury which has a range of shops and supermarkets, cafes and restaurants, schooling for all ages, and a theatre.

The property was originally a hay barn for Manor Farm and was converted to residential use in the early 1990s. The property retains character features, including exposed beams and wooden internal doors, and has been finished to a high specification including a bespoke handmade kitchen with handmade terracotta floor tiles, and double glazing throughout. The garden room was added by the current vendors in 2006 and has argon filled double glazing for increased heat retention and eco efficiency. The property also benefits from a super fast broadband connection.

A timber porch shelters the part glazed entrance door which opens to the split level entrance hall which has exposed beams, and two built-in cupboards, one for coats and one housing the meters. There is a window to the front and two windows to the rear overlooking the garden. The staircase is a particular feature of the property and was constructed using reclaimed timbers. The cloakroom has a traditional two piece suite.

Glazed doors from the hall lead to a dual aspect sitting/dining room which measures over 48 ft. and has a vaulted ceiling with exposed beams and A frames. The room has exposed oak flooring throughout and the two sections are divided by a feature brick and timber fireplace with a stone hearth housing a dual aspect Parkray log burning stove. There are glazed bi-fold doors to the rear garden and windows to both sides, some full height, provide additional natural light. The garden room is accessed via a wide opening from the kitchen and, although a modern addition to the property, has been carefully designed to blend with the original building. Quarry tiled flooring matches the terracotta tiles in the kitchen and the Swedish pine timbers used in construction complement the original beams in the rest of the property. There are doors to the terrace in the garden, and dual aspect windows have far reaching views over the garden and countryside beyond which is an unbroken panorama stretching from Whipsnade to Stokenchurch.

The principal bedroom is on the lowest level of the ground floor and has wood flooring and a range of sliding door wardrobes spanning one wall. There are dual aspect windows and French doors to the paved terrace in the rear garden. The en suite shower room has a slate tiled floor, a walk-in double shower cubicle with a rainwater and hand held shower, a bidet, a WC, a wash basin and a towel radiator.The upper hall has access to two further double bedrooms which could alternatively be used as additional reception rooms, for example as a playroom or study, if preferred. These bedrooms share a four piece bathroom which has a panelled bath, a double shower cubicle, and a WC and wash basin set into a vanity storage unit.

The butterfly staircase leads to a galleried first floor landing. There are three further bedrooms on this floor, one of which is currently being used as a dressing room, and all with vaulted ceilings with exposed beams. The three piece bathroom includes a free standing slipper bath and has a slate tiled floor.

The property is set well back from the road on a plot of approximately 4.32 acres with established wraparound gardens and a paddock. The property is screened from the road by mature hedgerow and has a five bar gate leading to the gravel driveway which provides extensive parking and access to the house and outbuildings. The detached double garage has remote controlled electric roller doors and a paved area in front providing additional parking.The drive continues to the outbuilding which is currently used as a workshop and for storage of garden equipment but was originally two stables and a tack room which could easily be used in this way again if desired. The gate to the paddock is just beyond the stable outbuilding.

The rear garden is enclosed by post and rail fencing so that the panoramic views over the surrounding countryside are not obscured, and there are several decked and paved seating areas at various points around the garden from which to enjoy the views. There is also an extensive paved terrace adjoining the house and accessed via doors from the principal bedroom, the sitting area and the garden room giving a good flow through the space for modern family life and entertaining. A further paved seating area has a brick and timber pergola with climbing plants, including roses, growing over it. The rest of the garden is mainly lawned with established trees and shrubs, a feature pond, and a circular brick rose bed as a focal point. Laurel hedges hide the Klargester bio digester.

The village of Pitchcott has a 13th century church, which has been converted to residential use, and Pitchcott Hill has views across the Vale of Aylesbury. The village of Oving (1.1 miles) has a pub/restaurant and the village of Whitchurch (1.9 miles) has a general store and a public house. Pitchcott is in the catchment for Whitchurch Primary and Aylesbury Grammar Schools (all rated outstanding by Ofsted). Private schools in the area include Swanbourne House, Akeley Wood, Stowe and Ashfold.

Our online mortgage calculator will give you an outline of the monthly costs and Stamp duty applicable for your purchase. Full detailed quotes can be obtained by calling 01908 307306 and speaking to an adviser.

Speak to an advisor 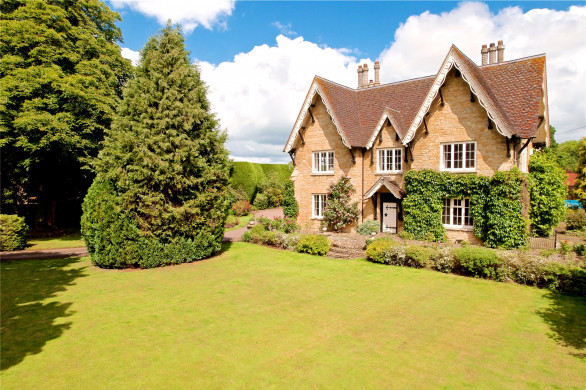 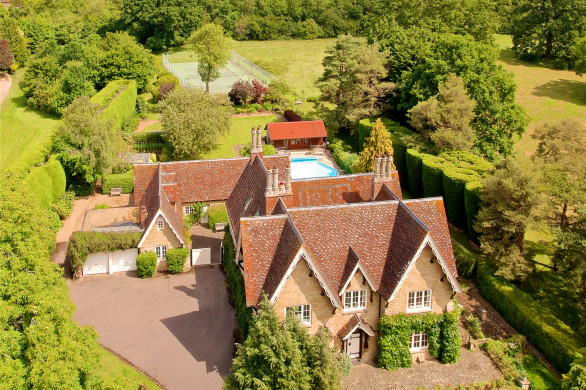 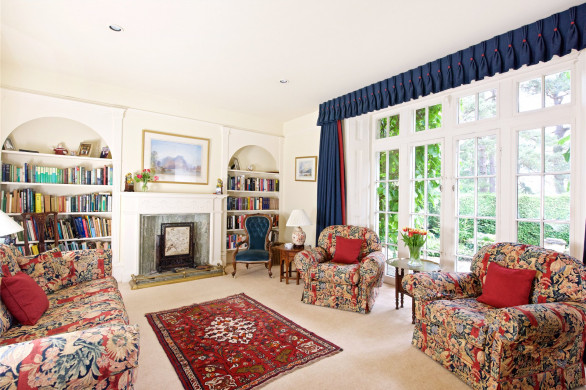 Don't miss out! Keep informed of all our latest properties as they come to market with us.

Private finance We are here to help

There has never been a more critical time for your finances to be organised. That's why a free financial health check from Michael Graham estate agents could be the start of a brighter financial future.